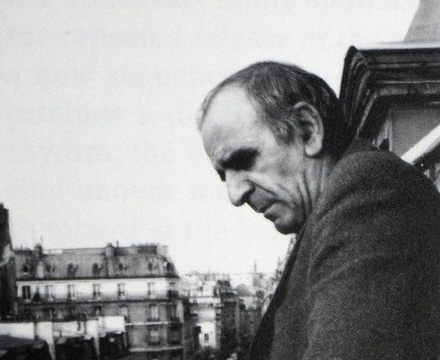 Creator of the "distange montage," Artavazd Peleshian, one of the key Soviet documentarians, removed the boundaries of feature and documentary films, editing both sequences as a real poetical unity. His "distange montage" was a new step in the development of film editing. Even his student works (The Earth of the People 1966 and the Beginning 1967) shot at VGIK, the oldest film school in Moscow, Russia, were awarded numerous prizes and he gained recognition among filmmakers. Alongside his very successful solo career, Peleshian was invited to direct archive footage by such masters as Lev Kulidzhanov for Zvyozdnaya minuta (1972) and Andrey Konchalovskiy for Siberiada (1979). Mikhail Vartanov directed Osennyaya pastoral (1971) from Peleshian's screenplay. Artavazd Peleshian is the author of a range of theoretical works, including his 1988 book "Moyo kino" ("My Cinema"). Some of the most important works of Armenia's documentary cinema include Sergei Parajanov's Hakob Hovnatanyan (1967), Mikhail Vartanov's Parajanov: The Last Spring (1992) and Artavazd Peleshian's Vremena goda (1975).

Seasons of the Year

Film-essay about shepherds living in the Armenian highlands, about the contradiction and the harmony between man and na…