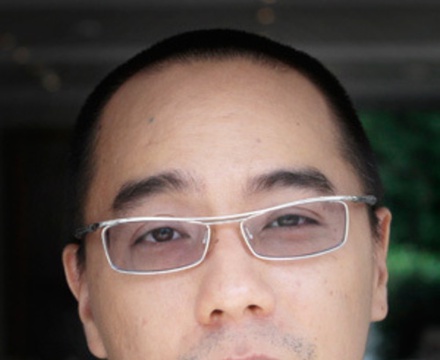 Apichatpong "Joe" Weerasethakul ( born July 16, 1970) is a Thai independent film director, screenwriter, and film producer. His feature films include Uncle Boonmee Who Can Recall His Past Lives, winner of the prestigious 2010 Cannes Film Festival Palme d'Or prize; Tropical Malady, which won a jury prize at the 2004 Cannes Film Festival; Blissfully Yours, which won the top prize in the Un Certain Regard program at the 2002 Cannes Film Festival; and Syndromes and a Century, which premiered at the 63rd Venice Film Festival and was the first Thai film to be entered in competition there.
Working outside the strict confines of the Thai film studio system, Weerasethakul has directed several features and dozens of short films. Themes reflected in his films (frequently discussed in interviews) include dreams, nature, sexuality (including his own homosexuality), and Western perceptions of Thailand and Asia, and his films display a preference for unconventional narrative structures (like placing titles/credits at the middle of a film) and for working with non-actors. Cinephiles affectionately refer to him as "Joe" (a nickname that he, like many with similarly long Thai names, has adopted out of convenience).

Description above from the Wikipedia article Apichatpong  Weerasethakul, licensed under CC-BY-SA, full list of contributors on Wikipedia.