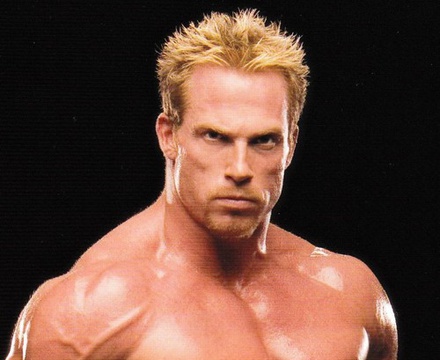 Andrew James Robert Patrick Martin was a Canadian professional wrestler. Under the ring name Test, Martin wrestled for the World Wrestling Federation (now known as WWE) from 1998–2004, and 2006–2007. He last worked for Total Nonstop Action Wrestling under the ring name "The Punisher" Andrew Martin. Martin won six championships in the WWF/WWE. He found his greatest success as a singles competitor, winning the Intercontinental and European Championships once each, and the Hardcore Championship twice. Martin was also successful in the tag team division, twice becoming a world tag team champion with Booker T by winning the WWF and WCW World Tag Team Championships once each.