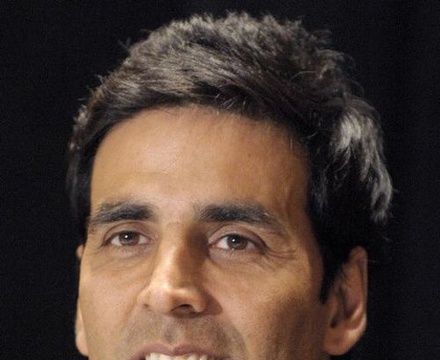 Akshay Kumar (born Rajiv Hari Om Bhatia on 9 September 1967) is an Indian film actor, producer and martial artist who has appeared in over a hundred Hindi films. When he began his acting career in the 1990s, he primarily starred in action films and was particularly known for his appearances in feature films commonly called the "Khiladi series", which included Khiladi (1992), Sabse Bada Khiladi (1995), Khiladiyon Ka Khiladi (1996), and Khiladi 420 (2000), as well as other action films such as Mohra (1994). As a stunt actor, he often performed many dangerous stunts in his films, which earned him a reputation as the "Indian Jackie Chan".
He later gained more fame for his drama, romance and comedy roles. He started becoming known for his performances in romance films like Yeh Dillagi (1994) and Dhadkan (2000) as well as drama films such as Ek Rishtaa (2001). His comic performances in comedy films such as Hera Pheri (2000), Mujhse Shaadi Karogi (2004), Garam Masala (2005) and Waqt: The Race Against Time (2005) met with acclaim. His success further rose in 2007, when he starred in four consecutive commercial hits. In 2008, the University of Windsor in Ontario, Canada conferred an Honorary Doctorate of Law on Kumar in recognition of his contribution to Indian cinema. In 2009, he was awarded the Padma Shri by the Government of India. He has thus established himself as one of the leading actors in Hindi cinema. In 2009, Kumar founded the Hari Om Entertainment production company.

Description above from the Wikipedia article Akshay Kumar, licensed under CC-BY-SA, full list of contributors on Wikipedia.