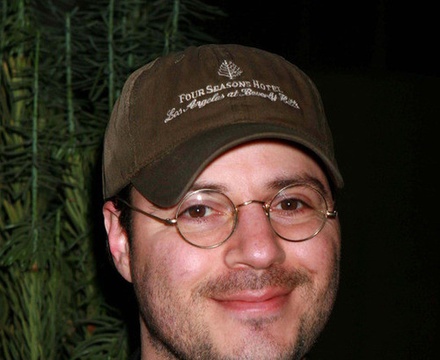 Adam Rifkin (born December 31, 1966 in Chicago)[citation needed] sometimes credited as Rif Coogan, is an American film director, producer, actor and writer. Rifkin is claimed to belong to a rare breed of film directors that transited from public access television to Hollywood.
Adam Rifkin is a writer/director/producer/actor whose eclectic career ranges from broad family comedies to cult classics to dark and gritty urban dramas. Rifkin is best known in Hollywood circles for writing family-friendly comedies like Mousehunt and 2007's Underdog.
Most recently Rifkin wrote, executive produced and directed all 11 episodes of Look for Showtime. Based on his award winning film of the same name, LOOK is a drama that takes the viewer into the foreboding world of hidden cameras. Armed with the knowledge that Americans are captured on surveillance cameras more than 300 times a day, the topical series, like the film, tells its story exclusively through the eyes of the security cameras, web cams, and cell phone cameras Americans live in front of everyday, bringing to light the realities of what it means to be watched in a camera consumed culture.

Description above from the Wikipedia article Adam Rifkin, licensed under CC-BY-SA, full list of contributors on Wikipedia.

Sociologist David W. Wahl explores the identity work involved in Kay Parker shifting from being a legend of the adult f…