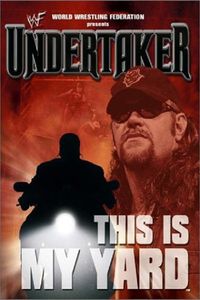 The prowess and persona of WWF pro wrestling star the Undertaker are chronicled in this look at the territorial bad boy, who defends his turf against all comers. The program covers the career of the Undertaker, who has been in the business for over a decade. It follows the development of his skill and on-stage personality, which has made him on of the most recognizable and popular stars of the circuit. Archival film clips, photographs, and interviews with friends, fans, coaches, and fellow wrestlers tells the colorful story of the Undertaker. This Video/DVD covers all the different aspects of the Undertakers WWF career, from the first day at WWF Survivor Series 1990, The Ministry and the American Bad Ass gimmick. With interviews from, Lita, Matt Hardy, Hardcore Holly, Kane, Edge, Chris Jericho, X-Pac and many more WWF superstars, giving their thoughts on the ‘Deadman’.

Mick Foley Himself , Herself