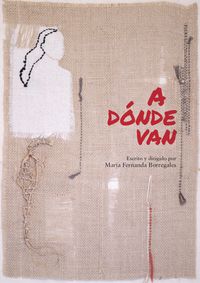 Through the Whatsapp voice notes that she exchanges with her grandmother, a Venezuelan filmmaker living in Barcelona inhabits this essay on the migration process and the uprooting.

Where It Goes. A poetic essay about the uprooting

A root with no ground. Among conversations between the director, who is in the middle of a migratory process, and her grandmother, this short documentary arises as an open question about the subtleties that build us day by day amidst uprooting, distance and home.