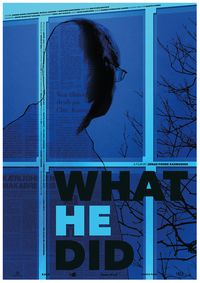 A man who killed his life companion in a jealousy fit tries to live in isolation after serving a seven-year sentence. But how to live with what he did?

What He Did. Living with the unforgivable

In 1988 Jens Michael Schau killed his life companion of thirteen years in a jealousy fit. Schau was sentenced to ten years in prison and served his time in a psychiatric hospital.

He was released after seven years. Today he lives an isolated life forever punishing himself for what he did.
The film evolves around the question: How do you live with having done something unforgivable?