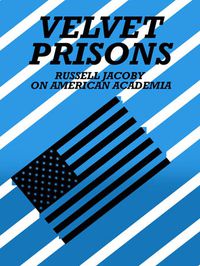 The prominent American thinker Russell Jacoby takes an x-ray of the current state of contemporary American society and reviews the idea of an ever-eroding freedom.

Writer and professor Russel Jacoby escapes for an hour from his desk and the classrooms of the University of California to summarize his intellectual vision on the social, political and economic phenomena of contemporaneity, with particular emphasis on American society.

Among Jacoby's discoveries, there is a certain lack of imagination among the new generation of students to build a utopia that differs from the status quo, the increasing competition posed to the state by the factual powers to influence on social life and the uncertainty of a new public space for the expression of a true opposition to capitalism.

During Jacoby’s dissertations, directors Warren Leming and Kurt Jacobsen scrutinize the life of the thinker, from his upbringing by parents of leftist thinking, his passage through political activism during his youth and his foray into academic life.