Us Women/ Them Women 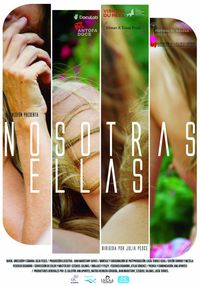 In a family of women, the corners of an old house are witnesses of the course of life. The older women go through the last moments of their lives and a new generation emerges. Both groups coexist in the last season that will be all together.

Us Women / Them Women. The last meeting of two generations

Several shadows are cast on the walls of an old country house. Most of the shadows are of women of various sizes, ages and bodies. Protected under the same roof from the summer sun, the women of this family coexist during the last season that they will be all together.

The grandmother already shows her last signs of life under the care of older women, who see in her the quiet old age that awaits them. Meanwhile, the youngest, including the director of the documentary, represent new life, the natural course of everything.