Tonia and her Children 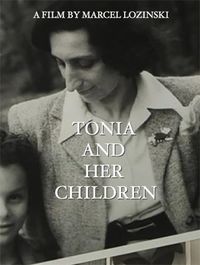 11-year-old Werka and her 9-year-old brother Marcel wind up at the front door of a children's home in Wroclaw. Asked who they are, Werka replies, "We are children of communists." In return the teacher yells, "Why do they only send us Judeo-communists?!!!" It is 1949. Werka and Marcel's mother, a pre-war communist, is arrested and charged with collaborating with American intelligence. She will do five and half years. Her children will spend these years in other children's homes. A film about a brother and a sister marked with the ideological choices of their parents.

Tonia and Her Children, sculpting the ghost of a mother

Faced with the written testimonies of a mother forced to abandon him and her sister when they were children, Marcel Lechtman struggles with the knot in his throat to continue reading the traces of his absent mother.

Sitting next to him is her sister Werka, just as she accompanied him in 1949 when the Polish State took them into care of an orphanage because her mother Tonia, who was a pre-war communist, was imprisoned accused of collaborating with US intelligence.

The third person on the table is director Marcel Lozinski, who, like his interviewees, was also a child whose future was marked by the ideological decisions of his parents.

Framed in fixed shots and filmed in the black and white of the transcript pages of Tonia's interrogations and the letters she sent, the three characters dusts off the past to carve the blurred figure of a mother.