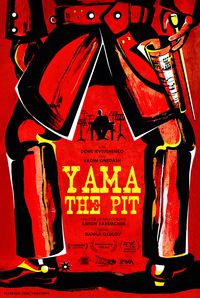 Denis is in his final year at the Ukraine’s National Music Academy. He faces his graduation exam, in which he has the challenge of conducting a school orchestra to perform the famous opera The Barber of Seville.

The Pit. The great challenge of a young conductor

This stylized short documentary is told more with music than through dialogues. The film follows Denis, a young music student at the Ukraine’s National Academy of Music in Kiev, who faces the challenge of conducting

The Barber of Seville as his graduation exam. Questioned by a strict professor and put to the test by the musicians of the school orchestra he will be conducting, Denis will have to maintain the constancy, the firmness and the sensibility to bring the presentation to a successful performance and, in addition, to put his own conductor mark.