The Winds of the Milky Way 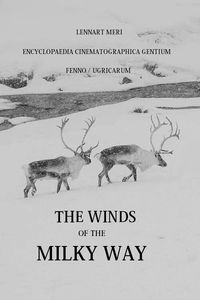 Sequel to the "The Waterfowl People". The author interprets the kinship, linguistic and cultural relationships of the Finno-Ugric peoples. Finns, Vepsians, Votes, Setos, Erzya-Mordvinians, Mansi, Hungarians, Sami, Nganasans, and Estonians appear in the film. The film was shot in 1977 on location in northern Finland, Sapmi, Vepsia, Votia, Mordovia, Khantia-Mansia, Hungary, the Taymyr Peninsula, the Setomaa region in Estonia, and on the Estonian islands of Saaremaa and Muhu. Footage was also shot in 1970 in the Nenets Okrug. The second documentary in Lennart Meri's "Encyclopaedia Cinematographica Gentium Fenno - Ugricarum" series.

Lennart Meri Director
Home Blog About Us Contact Us