The Valley of Salt 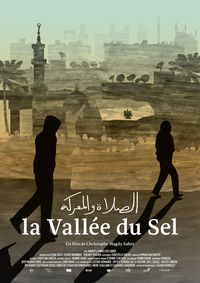 It is Egypt after the fall of Mubarak. A young Egyptian filmmaker films his Christian parents during the tense course of the Christmas days as they face a threat of death for religious reasons.

The Valley of Salt, A family between faith and shadows in Egypt

Raised by a Swiss mother and an Egyptian father, both Christians, the filmmaker Christophe Magdy Saber learned to grow up feeling different in an eminently Muslim country. There, the religious activities of his parents always found a stumbling block, but never someone in the family imagined that the life of any of them could at a moment be in danger for it.

Portrayed through the filmmaker's small handheld camera, the Egypt after the Mubarak regime appears as an anarchic place, where anything can happen at any time. This is the feeling emanating from the filmmaker's imperfect images when he returns from Switzerland, where he studies filmmaking, to visit his parents, who face a death threat for allegedly having converted an Egyptian man to Christianity.

This is how the Christmas days go by, between a tense calm and the fear of a threat that becomes more and more corporeal as the documentary unfolds. Eating a tropical fruit on the kitchen table with his father or a conversation with his mother lying on the sofa become transcendental moments in the midst of this kind of state of exception that takes place inside a domestic place, which is nothing more than the state of Egyptian society of these times.