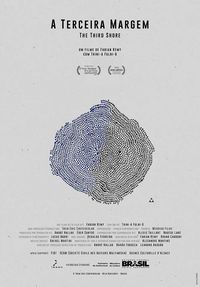 An indigenous man left his tribe at the age of 15. Several years later, he crosses the heart of Brazil, following the footsteps of João Kramura, the white kid who was kidnapped by his own tribe in 1953.

The Third Shore. Following the footsteps of the white man of the tribe

In 1953, thirteen years after the beginning of the so-called “March to the West“ in Brazil, the indigenists Villas-Boas brothers found among the Caiapó Indians the young João Kramura, a white man taken from his parents and raised in the tribe.

The story of João and Thini-a, who share the same troubled story of living between two worlds, is retold through the indian Funi-ô Thini-á.

Following in João‘s footsteps, who finds resonance in Thini-á‘s footsteps, the documentary questions the breakdown of the indigenous culture in the aftermath of the white invasion and the evolution of anthropologists‘ and indigenists‘ concepts over the course of 60 years.