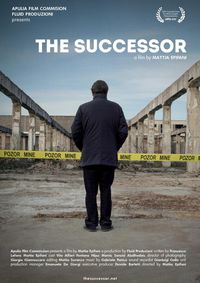 The Successor follows a former manufacturer of landmines in Bosnia and Herzegovina on a journey where he will have the opportunity to come to terms with himself and face the ghosts of his past.

The Successor, breaking the silence of the land mines of a war

The facades of the residential buildings in Sarajevo dotted with the wounds of canons, all of this shown as in a beautifully composed photograph. The above is the description of one of the frames of this documentary. It is at the same time the ambivalent image of war and art, the two axes that support the approach made by director Mattia Epifani when filming the trip of Vito Alfieri Fontana, the inheritor of Tecnovar, a factory of land mines, to Bosnia-Herzegovina, the only place where he can purge the guilt that has gradually taken over him.

After taking charge of the factory that his father founded, time has made a dent in the conscience of Vito, who feels he is somehow responsible for thousands of lives condemned by the industrial compound he inherited. One of those lives is that of Nijaz Nemic, a Paralympic skier who lost his leg when he stepped on one of the thousands of land mines that still remain under the ground in a mortal waiting. The encounter of Vito and Nijaz is a cathartic face-to-face, an evidence of humanity and forgiveness between two successors of a fatal war.