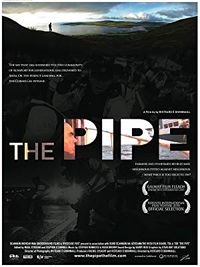 Through a meticulous investigation, this film documents the struggle of a small coastal community of Ireland against the powerful multinational Shell to avoid the construction of a millionaire gas pipeline on their lands.

The Pipe. The small Irish village that stood up to Big Oil

What happens when the victims of a great engineering project that were once considered insignificant resist together against an oil giant? They definitely become a much bigger factor in the equation. Or rather, a thorn in the side for the big capital.

This incisive film documents, with historical veracity and demonstrable data, the controversial case of the construction of a gas pipeline through the lands of hundreds of inhabitants of the small agricultural community of Rossport, in the west of Ireland.