The Madman and The Cathedral 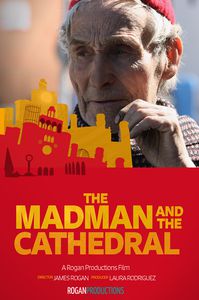 The Madman and the Cathedral is a documentary about one man’s dream to build a cathedral with no construction experience nor tools.

The Madman and the Cathedral. 50 years building a dream

In 1963, Don Justo Gallego Martinez laid the foundation stone of a cathedral. A peasant, with no architectural training, no construction experience and no tools, he turned his back on the fields and started building.

He had no blueprints and no planning permission. He had not even seen many cathedrals. All he had was the unshakeable conviction that God wanted him to build a cathedral. 50 years later, he is still building.

Filmed over 5 years, this short documentary was funded by Britdoc. It was shown on TV channels and at film festivals around the world and showcased by Channel 4 as one of "16 documentaries to watch before you make one."