The Land Of The Homeless 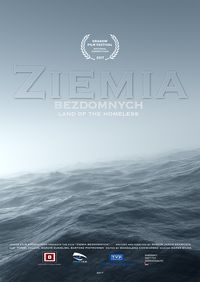 A group of homeless people embarks on the Adventure of building an ocean-going yacht to sail on a trip around the world.

The Land Of The Homeless. The ark of the invisible ones

This film follows a group of homeless people who, since 2007, have been building an ocean-going yacht.

Their goal is to complete the construction of the "Ark" and to set off on a one-and-a-half-year cruise around the world as a kind of therapy to help them come out of their homelessness.

Will they manage to complete the work they have started? What gives them the strength and motivation to continue their noble cause? Will any of the heroes manage to drag himself out of homelessness?

The film attempts to shed light on the meaning of our existence, the needs of the individual and the role of a father in life.