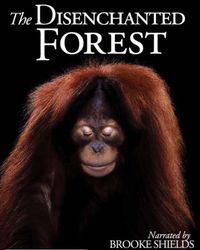 The filmmaker Sarita Siegel takes us into the Asian forests to show us the reality of the orangutans, a species at risk of extinction.

The Disenchanted Forest. An intimate portrayal of the world of orangutans

We call them o-rang-u-tans, which literally means "forest persons" in the Malay and Indonesian languages.

They are the only great apes native to Asia. Of all the apes, they are the closest to man in genetic makeup. And they face extinction.

Two years in the making, the film is an intimate portrayal of the world of orangutans, the threats to their survival and the people committed to help them thrive.

The film focuses on a recent discovery that orangutans do not rely on animal instinct for survival, but instead have a culture that they have preserved from generation to generation.