The Boy from Geita 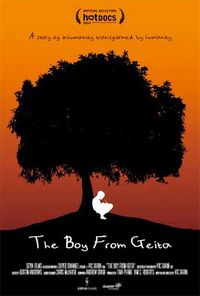 Adam, a young Tanzanian boy persecuted because of his albinism, finds a kindred spirit in Peter, a Canadian man with the same condition. Together they embark on an unlikely journey that transcends cultures and continents.

The Boy From Geita, being a "pale skin" in Tanzania

“If any child was born with albinism, the child would have to be thrown off the island” said one of the main interviewees in The Boy From Geita, a quote that reveals how much the albino population is stigmatized in Tanzania.

Director Vic Sarin’s main concern is to make visible the harsh reality this minority must endure in the African country, in which witchcraft is a permanent threat due to the popular belief that albino's human parts have mystical properties.

In order to do this, Sarin focus on Adam, a 12-year-old albino boy who was injured during an attack from someone who tried to shop one of his arms.

In the film Adam tells us his fears and aspirations for a better social coexistence and we follow him to a trip to Vancouver, where Peter Ash, an albino Canadian Business helps him to have a surgery to recover the use of his hand and pursue his dream of becoming a portrait artist.