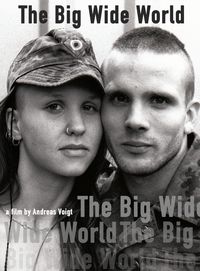 This is the last film of Andreas Voigt's "Leipzig Series". The filmmaker shows how the lives of a group of Germans have changed from the reunification of the country to the European Union era.

The Big Wide World. The faces of the reunification of Germany

"We shot the first film in 1986. Since then more than 10 years have passed. This period contained the fall of the Wall, the end of the GDR and finally the German Reunification.

Again and again we returned to Leipzig. Five films were made during these years. The films document the changes in the city -and in the country. We recount life - histories and individual destinies."