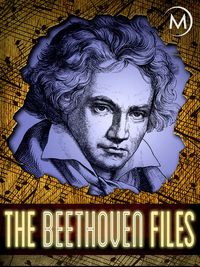 How could Beethoven compose his best pieces after his deafness? This documentary is a thorough investigation into the extraordinary side of the great German musician.

The Beethoven Files. The mystery of the deaf composer

Ludwig van Beethoven’s work is legendary – and already was while he was still alive.

He is famous around the world, and yet little is known about the conditions under which his music was composed. One thing is certain: he composed most of his masterpieces AFTER the onset of his deafness.

When he composed his famous 9th symphony, he wasn’t able to hear a thing! A deaf composer? How is that possible? 200 years after Beethoven’s death, “The Beethoven File” casts light of one of the biggest mysteries of music history.