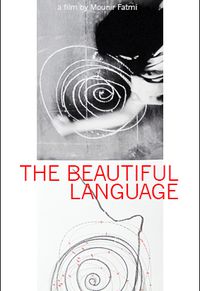 In this experimental short film, fragments of the film "The Wild Child" are reinterpreted in image and sound to propose a subversive proposal about the colonization and repression of civilized society.

The Beautiful Language. An experimental film about the repression of civilization

Excerpts from François Truffaut's L'enfant sauvage (1970) form the basis of this highly topical reflection on barbarism and authoritarian colonial systems.

Truffaut's film is based on the true story of the feral child, brought up by a doctor in accordance with the dictates of society at the end of the 18th century. The boy, who initially ran naked on all fours through the woods, was forced to wear shoes and eat with a spoon.

The cries of the resisting boy are muffled, to be replaced by an ominous, new sound design by Fatmi. Quotes in Arabic are interspersed with quotes from philosopher Hannah Arendt.