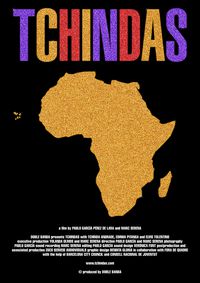 Within a small, tropical Cape Verdean Island, the beloved Tchinda is hard at work preparing for a Carnival she hopes will capture the town’s imagination.

Tchinda. Being trans in a magical part of Africa

Despite her great reputation, Tchinda, who prepares a carnival parade in a small town of Cape Verde, remains humble and every afternoon she happily tours the neighborhood to sell her best “coxinhas”, a classic Brazilian treat: delicious fried balls of chicken.

Filmmakers Marc Serena and Pablo García Pérez de Lara have crafted a lush, perceptive documentary that at times feels akin to a fairy tale. The film reveals a hidden landscape tucked far away from the world we know, where trans inclusion and teamwork make up the fundamental structure of a truly magical community and culture.