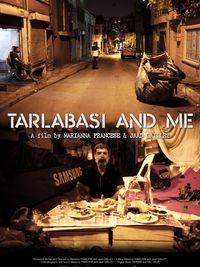 The life of a man changes abruptly. After serving a prison sentence, he is no longer part of the privileged class and now survives in Tarbalasi, one of the most dangerous neighborhoods in Istanbul.

Tarlabaşı and Me. Life in one of the most dangerous neighborhoods in Istanbul

In the heart of the Turkish metropolis frenzied by the protests of Gezi Park in 2013, Mustafa, former accustomed of the Turkish dolce vita, paces Istanbul and assumes his destiny.

Seven years after his release, he is drawing his new life among Tarlabaşı's waste pickers trying to forget that he might go back to jail.