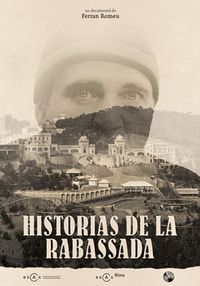 Documentary about the former Casino of Barcelona, located on the road of La Rabassada, seen through the eyes of its current tenant, a globetrotting Russian called Andrei, who introduce us to the remains that were the great dream of the Catalan bourgeoisie in the early twentieth century.

Tales of Rabassada, the mysteries of the mountain hotel

At the top of the mountain road of the same name, the Catalan bourgeoisie built, since the late nineteenth century, the great hotel “La Rabassada”, a place that allowed the visitors to escape the monotony of the city and enjoy a pleasant escapist moment. But from the golden years of the busy and majestic casino, its challenging roller-coaster rides or the delightful water slide by boat remain only ruins and general oblivion.

Only the lonely presence of Andrei, a Russian who has made his home among the remains of concrete, provides a little of humanity to the building that now reverberates only with its myths and mysteries. Through Andrei, director Ferran Romeu looks at the past of La Rabassada from the counterpoint that offers a decadent present that eventhough does not lack humor and hope, just like Andrei´s personality.

The presentation of photographs and films of the beginning of the century alternates with a hand-held camera that accompanies Andrei, a sort of guide of a posthumous tour, in an unprecedented exploration into a forgotten subterranean tunnel of the extinct hotel.