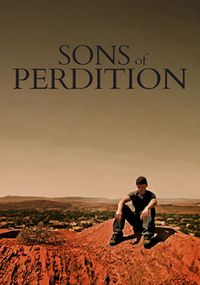 An inside look at polygamist teens who have become religious refugees in mainstream America.

Moved whether by the force of the severe religious jurisdiction or by their own will of change, Joe, Bruce, and Sam, three young American Mormons, became exiles from one of the most conservative churches in North America. The FLDS is a controversial religious community known for excommunicating hundreds of teenage members for just wearing short shirts, listening to music or having conversations with girls.

Sons of Perdition focuses on the post-FLDS stage in the lives of these three young men exiled by their families and mormon communities in their attempt to rebuild their lives engulfed — in some cases — in alcohol and drugs. The documentary directed by filmmakers Tyler Measom and Jennilyn Merten also shows the testimonies of other former members of the church led by the self-proclaimed prophet Warren Jeffs. During the film we hear some of Jeff's religious speeches, most of them accused of racist.

Premiered at the renowned Tribeca Film Festival in New York and shown at hundreds of festivals around the world, Sons of Perdition resorts to both the interviews and a close-up camera accompaniment that follows Joe, Bruce and Sam in their attempt to develop their free will under the phantom of discrimination. The film raises a discussion on the role of the individual in the face of the excesses of religious faith.