Sisters Of The Trees 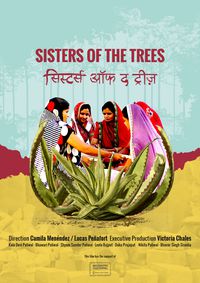 Tree planting in Rajasthan, India, has become a symbol of freedom in the middle of the desert. Families in this community have abandoned the belief that the birth of a girl is a curse.

Sisters of the Trees. A dream of freedom in india

In the desert of Rajasthan (India) the birth of a girl is no longer a curse.

The families that previously got rid of their daughters for not being able to pay the dowry, today celebrate their lives by planting 111 trees.

It is the story of those women like Kala who managed to work outside the home and organize others.

Or Bhavari that barely knows how to write and she is educating her daughter Nikita to follow her dreams of becoming a nurse.