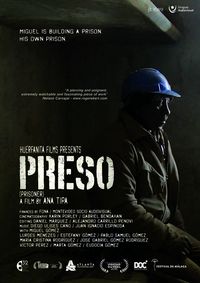 This observational documentary follows a man who works in the construction of the largest prison in Uruguay. But on the other side of the border with Brazil, he hides a secret that must be brought to light.

Prisoner. A man on the border of two lives

While working in Uruguay's biggest penitentiary construction, Miguel leads a double life between two families and struggles to find the courage to disclose the truth to his loved ones.

In a close approximation, the camera follows the protagonist through the Uruguayan and Brazilian territories and constructs the metaphor of an internal prison built inside a character persecuted by his guilt.