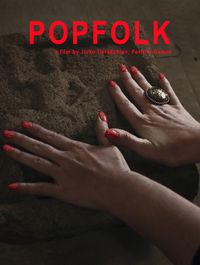 Through an irreverent narrative, this short film reinterprets the roots of Bulgaria, a territory where rites and battles of an ancient kingdom were fought long ago.

Popfolk. An irreverent search of the roots of a country

It all came back to me the night of a party, in a fancy hotel built in the heart of ancient Thrace.

Maybe I had too much to drink, though the booze doesn’t get to me like regular folks. Or maybe it was the place, but with each emptied glass, my memory trembled.

I felt ready to listen, to return to my roots as the saying goes. The problem is, these roots run so deep I can no longer remember where they come from.