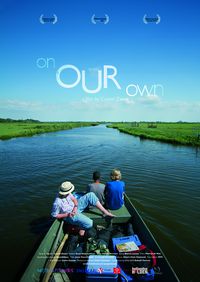 When three young friends set out on a journey they discover being on your own isn’t as easy as it seemed.

On Our Own. A voyage of discovery on a motorboat

This film tells the story of 14 year old Sem and his two friends, Berend and Max, who embark on their first summer vacation without their parents. With a small motorboat they go out to explore the world.

The trip puts their friendship to the test. They have to conquer setbacks and learn that freedom comes with responsibilities. For the first time they make their own choices and the boys definitely don’t agree on everything.

Sem tries to keep the group together, but carries a secret with him which could change everything.