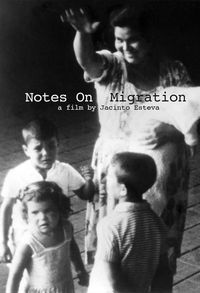 After being disappeared by a fascist group in 1960, this film by the Master Jacinto Esteva about the emigration of Spanish workers in 1960 was recently found to the delight of documentary lovers.

This recently discovered short fillm by Jacinto Esteva is an investigation into the motives of Spanish workers who migrated to Switzerland in the late 50s, early 60s turns into a sometimes caustic, sometimes melancholic rumination on the land they left behind.

A work in between cultures and cinematic modes, a starting point, an opening statement - a clarion call.