My Heart of Darkness 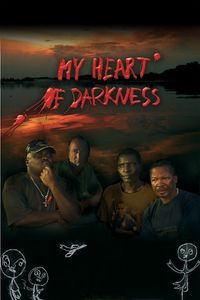 Four war veterans who confronted each other during the war between South Africa and Angola face a reconciling reunion and reflect on the wounds of the war twenty years after the conflict.

My Heart Of Darkness. What war does to men

In this extraordinary and revelatory documentary four war-veterans and former enemies of the South Africa/Angola conflict journey back to past battlefields deep within the African interior in search of reconciliation, forgiveness and possibly even atonement.

A deep and characterful appraisal of what war does to men, it is a frightful insight into those who snap awake in the middle of the night, running, sweating, pursued ... terrified.