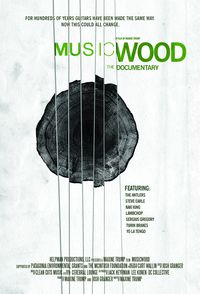 A forest in Alaska is at risk of deforestation. The acoustic guitar makers who fear losing the ideal wood for their instruments try to make their voice be heard. A musical-political documentary about the music of a forest.

The most famous guitar-makers in the world band together on a journey into one of the most primeval forests on earth.

Their struggle is with a Native American logging company, their hope: to save the acoustic guitar.