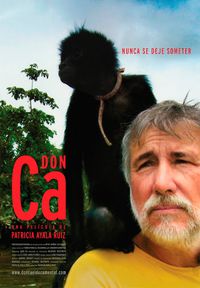 Immersed in the middle of the Colombian jungle, surrounded by nature and the violence that gravitates in the area, Mr. Ca left the city behind to be a mentor to the community. This is his portrait.

Don Ca. A mentor in the Colombian jungle

Mr. Ca is a portrait of a rich and complex character. Not an easy man to be classified.

Heir of the best and worst of Colombian society, he decided to transform his life in a literary manifesto in which happiness means whining the least to have the most.