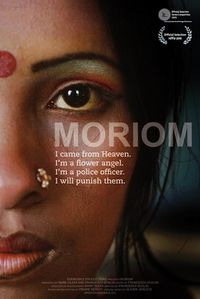 Through a kind of intimate trial, we unveil the painful case of Moriom, a young Bangladeshi woman with a mysterious look in her eyes.

"Moriom" The faces of confinement

Moriom, a beautiful young woman from Bangladesh, has her ankle tied with a chain that keeps her locked in a room.

She looks at us with mysterious eyes while her unpredictable gestures give us clues of a deep pain.

During an intimate trial, the close shots of Moriom and her parents remain in our memory. These three characters uncover a past episode in Moriom's life that marked them forever.