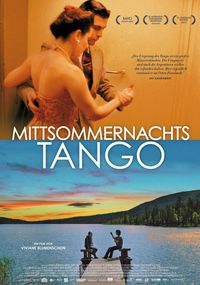 Full of humor and freshness, this film is a road movie across Finland that follows a group of Argentines who come to discover the origins of tango in a distant land.

Tango is as Finnish as sauna and skiing - that is what the famous Finnish director Aki Kaurismäki and many of his fellow countrymen are convinced of. Two countries, two opinions, two musical traditions.

“Midsummer Night’s Tango” is a humorous, light-hearted road movie, accompanying three Argentinean tango musicians as they leave the milongas of Buenos Aires behind to discover tango in faraway Finland.