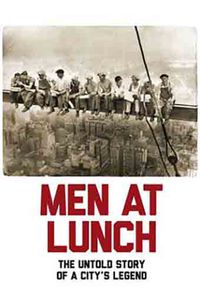 This remarkable new documentary explores the story behind one of the most iconic images of the twentieth century: the 1932 photograph of workmen taking their lunch while perched on a girder high above New York City.

Men At Lunch, the story of New York's most famous photography

Men At Lunch is a remarkable investigation into the density of a single photograph to unravel its mysteries and more incredible repercussions. It is the photo in which eleven steel workers have lunch over a steel beam at 800 feet high in New York City in 1932.

Ordinary New Yorkers, photographers, journalists and construction workers of today participate with their testimony in what stands as an open conversation on the various questions posed by the curious portrait.

The premise of the Irish director Seán Ó Cualáin is to explore the uniqueness of this image, converted over time into an icon of the most cosmopolitan city in the world and which today still impresses spectators around the world due to the risky way these intrepid men have chosen to have their lunch.

Who are they? Is it possible that it could be a fake photograph? To answer these questions, viewers will be passengers on a journey into the history of New York in the early twentieth century, invited to the world's biggest photography storage facility and even visitors to a small town in Ireland where there could be a clue of the identity of some of the men in the picture.