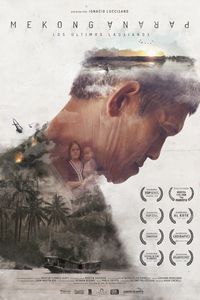 This documentary makes a portrait of the Ithanvong family and their epic journey from war-torn Laos to a town in Santa Fe, Argentina, where their whole life is based on the fate of a river.

Both Som and her husband Phengta managed to survive oppression in Laos and the difficult life of being immigrants in another land.

The river, be it the Parana or the Mekong, is the column from which the stay of these Laotians in the country is structured.

It was once said that the river is not always the same, but here that norm finds its exception: it is the same river that exposes emotions, silences, the possibility of reinventing oneself in a land too far away.