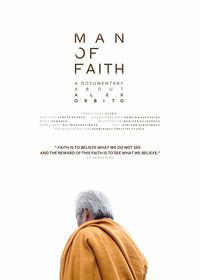 In the Philippines, the healer Alex Orbito has done miracles healing terminally ill patients through the so called "psychic operations". This compelling documentary consults journalists, researchers and doctors who have tried to understand this phenomenon that may change the notion of contemporary medicine and self-healing.

Man of Faith. The myth of the healer of the incurable

Man of Faith is the first Bulgarian documentary financed entirely by crowdfunding. The movie tells the story about the famous filipino healer Alex Orbito who has the gift of doing the so called psychic operations or operation with bare hands. He has cured thousands of people worldwide, many of which had incurable diseases.

The documentary tells the story of patients and scientists who have visited Alex Orbito. It presents the spiritual and the scientific side of the phenomenon. The movie provokes few essential questions: What is the key to being healthy? Why do people get sick? How does the self-healing work?