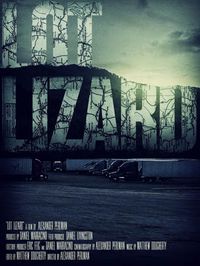 A bold look at the world of truck stop sex workers in America told through a group of women and truck drivers who earn money around the thousands of truck stops that exist in the United States.

Some of them like their work, others, not so much. Referred by their clients as “Lot Lizards”, the world of women who make a living having sex with truck drivers is as varied as the goods that are transported in those large rolling containers.

This documentary manages to enter the harshness of this underworld inhabited by brave women who in one way or another found in their bodies their first tool of work. In this microcosm, there are also the errant men who leave their family and their stability behind to earn money on the endless American roads.

Jennifer tries to return to a more stable life in the company of her daughter in a small house, while Betty, who sees closely the beginning of her old age, remains eager to practice her profession without any vestige of guilt. On the other side there is Bobby, a man who tries to accept the fact that his girlfriend belongs to this group of workers.