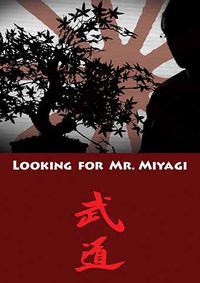 Inspiring documentary proving it's NEVER too late for radical change. Think "Super-Size Me" meets Martial Arts. David is having a mid-life crisis. His weight is up, his energy is down. At 46 he takes up karate. His mission: become a Black Belt by age 50.

Looking For Mister Miyagi, My quest for a Black Belt

David Liban, a college professor with a successful career and a flourishing family, found a different way to overcome his midlife crisis: to become a karate Black Belt before turning fifty.

Told in first person, Looking For Mister Miyagi is an intimate look at the life of a common man who proposes an extraordinary goal.

The documentary narrates the small steps of our hero in his quest to win a black belt that, despite its tone, will bring color to his life.

Liban makes a retrospective of his life, visiting passages from his childhood, where the deceitful sense of security given by his father or his inspiration from the imaginary of karate constructed by the media are reinterpreted in an exercise of emotional maturity.