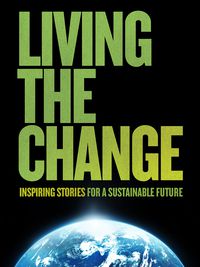 Illustrated by a stunning cinematography, a group of experts warn of the serious social, economic and environmental consequences that will take place if the current pattern of consumption on earth does not stop.

Living The change, Inspiring stories for a sustainable future

How can we conceive a world without electronics or air travel? What might seem like an incredible thing could happen in only a couple of centuries when fossil fuel reserves fall drastically due to the relentless increase in consumption demanded by today's civilization.

What concrete actions could make a difference in our goal of having a more sustainable economy on a planet with finite resources? This is precisely the question that faces this revealing and educational film about a crushing but apparently invisible reality.

The great difference between Living the Change and other documentaries on the subject is the historical perspective on human's relationship with nature, a past and a present marked by our harmful cravings for domination. Can humans change our attitude in the future to at least ensure our survival?