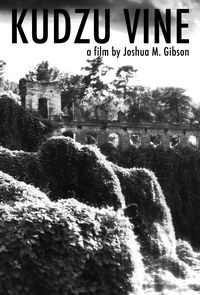 Seen through dreamy black and white images filmed in 35 mm, the inhabitants of a rural microcosm in Georgia, United States, live surrounded by Kudzu, an omnipresent climbing plant that never stops growing.

Kudzu Vine. The omnipresent climbing plant of the south

A train paves the way to the mythical Georgia, in the south of the United States. The scene captured in granulated black and white 35 mm reminds us of the first films ever made; a nostalgic feeling that remains with us for what is next.

This film treatment chosen by director Joshua M. Gibson makes this rural fresco surrounded by a leafy and omnipresence climbing plant called Kodzu, a landscape that gravitates between beauty and terror.

Turned into a plague in the region, the Kodzu grows anywhere and does not stop breeding. The audacious look that the film proposes allows us to discover how the inhabitants of this area manage to coexist with their invasive neighbor.