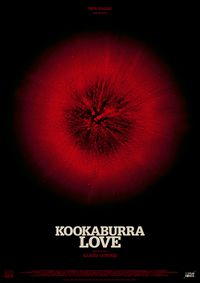 ‘Kookaburra Love’ is a poetic documentary directed by Sjoerd Oostrik. Against a backdrop of disturbing images the viewer is presented with a WhatsApp conversation between two lovers in the final months of their relationship. The film was funded by the Netherlands Film Fund and premiered at the prestigious 67th “Festival del film” in Locarno.

Kookaburra Love, a Whatsapp love story and the chaos

Swedish director Sjoerd Ostrik presents a love story whose consequences transcend the drama to find a rather liquid state, where the viewer is not left aside. In this short film, the two lovers appear only through the sound of the well-known Whatsapp notification alerts and through the anodyne voice of a narrator who reads their messages.

The contrast of image and sound, intercalating the conversation between the lovers and a collage of either shocking or quotidian scenes, allows this film to reach an extraordinary dimension. Among this “pastiche” of imagery we can see the gravitational walk through a calm Dutch neighborhood or the beating of a man by an enraged crowd.

The experimental nature of the editing allows us to question the limits of representation. Here we witness the abandonment of mimesis and an opportunity to use the emotional content within the images and sounds, either disturbing or touching, but which act as a trigger of a sensory experience that refers to the psychological journey of our protagonists, two lovers in the twilight of their relationship.