Kano: An American and His Harem 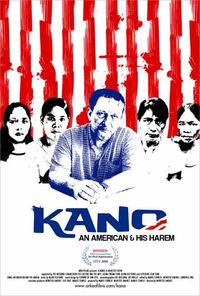 Filmed over the course of five years, this audacious documentary unravels the case of Victor Pearson, alias Kano, an American military man who established a harem in a humble village in the Philippines, where he later received 87 accusations of rape.

Kano, An American and His Harem

After leaving Vietnam being a war hero, "Kano" - as all Americans are called in the Philippines - tells us that he came to the Philippines in search of love. We are very close to him as he speaks while smoking a cigarette in a disheveled prison cell where he serves a sentence for rape.

Bluntly, he gives us details of the ways he used to attract hundreds of women to his home. Many of them, for one reason or another, ended up living in an improvised harem.

The women of Kano also tell us their version of the story. Being all of very humble origin, they approached Kano looking for work to support their families but many of them had no option but to depend on a sex addict for their livelihood.

Director Monster Jimenez, with an imperfect, inquisitive camera always in a permanent search for pictorial composition, opens a window to this tropical universe inhabited by beings marked by a vicious family ecosystem.