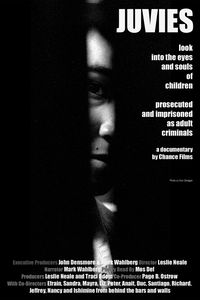 Today, more kids are going to adult prisons with longer sentences in the United States. This films poses a serious look at the way the criminal justice system treats youth crime.

Juvies is a serious look at kids being tried as adults. Narrated by Mark Wahlberg, Juvies asks: Who are they? What in their past led them to get caught in the criminal justice system?

And, finally, is trying kids as adults the best solution we have to solve the problem of youth crime?

The stories highlighted in Juvies show how each child falls into the criminal justice system – a system, which has evolved into a style of vending machine justice.