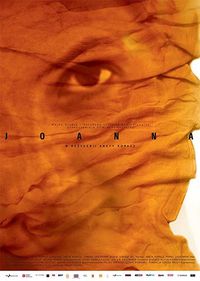 Joanna is a film by Aneta Kopacz about Joanna Salyga, a young woman with cancer with only three months to live, and her efforts to make the most of her time with her husband and young son.

Joanna, A mother and a fading horizon

In the first few minutes of Joanna, we are immersed in the quotidian flow of a close relationship between mother and child. Director Aneta Kopacz's camera also positions us close. Close, like guests of Joanna's house. Close, as companions of her little son in the back of the car during their short car trips around the city. The minutes pass, and it would seem that behind the normality of words, the tender touch and permanent care between these two companions is not happening anything transcendental. But in the invisible, Joanna suffers a mortal pain.

Diagnosed with cancer and with only three more months to live, Joanna's life focuses on those minutes that may seem trivial for others. The essence of life emerges between the cracks of every day's little actions, those moments with her son, the person with whom she wants the most to be with at the threshold of her life. Nominated for an Oscar, Joanna positioned itself as an inescapable film, beautiful in her message and in the subtle suspense in the construction of a narrative that perpetuates a woman in the simplicity of her moments.