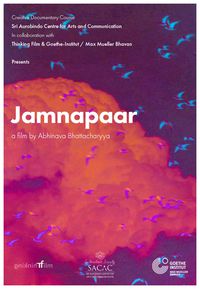 In this beautifully photographed documentary, the inhabitants that live on the banks of an Indian river show us their profound relationship with its waters.

Jamnapaar. The life around a river in India

Mounted on a humble wooden raft, an old man picks up the debris floating in the calm water of a river in India.

Like many of his native neighbors, the old man has always had a special relationship with this watercourse.

This documentary reveals how old and new generations still relate to this river as a source of life despite its delicate state of contamination.